XviD is a video codec that usually wrapped in AVI container, which is ubiquitous for standard definition video content on the Internet. So if you have some XviD AVI files. The problem is most native Mac applications don't understand what to do with it and there's no indication Apple is supporting the specific XviD/DivX codec (encoding/decoding) used by those AVI. If you've some XviD files stored on your hard drive and would like to convert to other formats, or for your iPod, iPad, iPhone and more, or you want to create XviD videos, this article is about how to achieve these tasks.

When it comes to convert XviD video to other format, iSkyosft UniConverter will be a better choice, which includes presets for all popular formats like MP4, MOV, M4V, AVI and devices like iPad, Apple TV, iPhone, specific iPod models and some popular mobile phones. It supports batch conversion and works several times faster than QuickTime Player, and works with many other video formats that QuickTime Player does not support natively.

As an all-in-one multimedia tool, UniConverter can not only convert videos. In fact, it can be used to edit videos, extract audio files from video, burn videos to DVD, download online videos and more. Now just get the free trial version to have a try.

User Guide to Convert XviD to Other Formats on Mac

Launch this Mac XviD Converter, find XviD video files in Finder. Then drag and drop the XviD videos you want to convert to the program.

Select regular formats like AVI and MOV (encoded with XviD codec) or any device you want to play the XviD video on from the output format list.

Note: You can choose according to the name of your devices like iPad Pro, iPod touch, iPhone X/8/8 Plus and more, and this smart XviD mac video converter will convert the videos to a format and size suited to the selected target device. 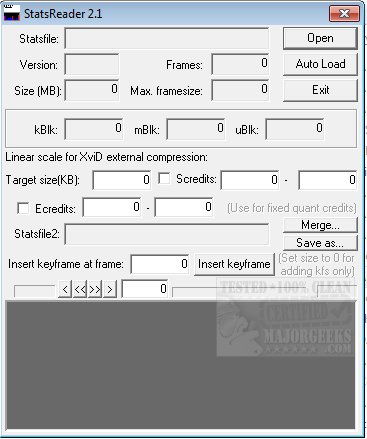 Hit 'Convert' let this smart XviD Video Converter for Mac to do the rest for you! When the conversion is done, you can enjoy your output files in the living room, on the fly, in the gym, or import to video editor to create your own masterpiece. This Mac XviD video converter is specifically designed for Mac OS users, including macOS High Sierra, Sierra, El Capitan, Yosemite and earlier on iMac, Mac Pro, MacBook, MacBook Pro, MacBook Air, etc.

Video Tutorial on How to Convert XviD Videos on Mac

If you don't want to install a computer program, you can also try online XviD video converter to convert your XviD videos to any format as you want. Try it below:

Note: Because the online tool doesn't support 'https', so if the content below was blank, please manually click the 'Shield' icon on the right of your browser address bar to load the script. This action is secure without any harm to your data or computer.

If you are looking for an easy way to quickly converts your vast collection of DVDs, home movies, and other video files to XviD file. Check out UniConverter. It supports converting DVD to XviD in batch as well as converting XviD to other formats. Namely, you can both use it to convert XviD files to other file formats and convert other files to XviD files! It also works with many other video formats that QuickTime Player does not support natively.