The Damned didn’t care about definitions, which is why their classic third album sounds as fresh now as it did in 1979. Available again on vinyl.

Henry Rollins usually begins his regular Friday night listening session with “Machine Gun Etiquette”. He is, as he says, a “Bowie-fixated, Zeppelin-worshiping Stooges freak” but the Damned’s third album sets the bar for what follows, issuing a challenge to all his other favourites.

“Machine Gun Etiquette” was by a different Damned to that which made 1977’s “Damned Damned Damned” and “Music For Pleasure”. They split in early 1978 and guitarist/main songwriter Brian James set off to pastures new. On reforming, bassist Captain Sensible switched to guitar, his main instrument. Rat Scabies and Dave Vanian were back too. Bassist Algy Ward was new, had recently left the Saints and was from Croydon like Captain. The new Damned swiftly picked up momentum, first as Les Punks with stop-gap bassist Lemmy, then the Doomed and finally under their old name. Chiswick Records saw what a live draw they were and picked them up, initially with a one-off deal for the ‘Love Song’ single. It charted. The album followed. It charted too.

Issued in November 1979, “Machine Gun Etiquette” was more than a valediction. A thrilling, wild ride, it took in hyper-speed, guitar-driven pop, psychedelic pop and surreal pop songs drawing from the girl’s comic Bunty and Vanian’s fascination with Hollywood and horror. Pop, though, was what the album was about. Tunes. Whether with the hard-edged anthem ‘Noise, Noise, Noise’ (featuring members of the Clash on vocals; they were recording “London Calling” at the same studio booked by the Damned), the kinetic ‘Liar’ or the astonishing, atmospheric ‘Plan 9 Channel 7’, this new Damned prioritised melody. 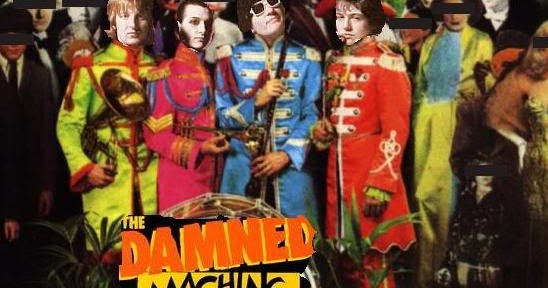 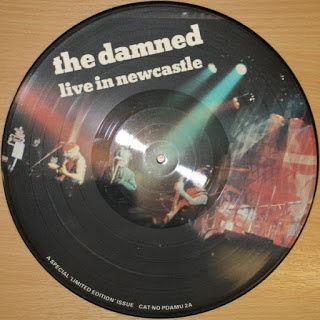 It was also a Damned which – whatever the humour – was dead serious about setting its stall and making a mark. There was no filler: even the cover of the MC5’s ‘Looking At You’ slotted in without breaking the flow. “Machine Gun Etiquette” hit shops within weeks of “London Calling” and Public Image Limited’s “Metal Box”, both benchmark albums showing how far their creators had moved beyond what had been defined as punk. The same applied to the Damned, who likewise recognised no musical barriers and did what they wanted: the true defining characteristic of punk. They didn’t care about definitions anyway. Which is why this classic, essential album sounds as fresh now as it did in 1979. 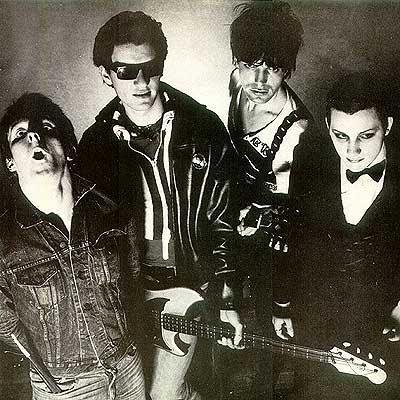 Formed in 1976, the Damned were Britain's first punk rock band. By 1979 they had managed to disintegrate and re-assemble, way before it was fashionable. By then punk rock and its neater sibling, new wave, were regularly producing real hits in the UK and the Damned were no exception, with three hit singles drawn from the MACHINE GUN ETIQUETTE LP released that year.

The new version of the band that emerged in 1979 had Rat Scabies and Dave Vanian on drums and vocals as before, but Captain Sensible had switched to guitar with Algy Ward coming in on bass. They had improved immeasurably as a band, though the challenging personalities had been thankfully retained. In the Stalinist world of punk rock, the Damned stood out as dissidents, refusing to toe the party line from the off. They couldn't restrict themselves to a few power chords and a steady 4/4 alleviated.
by the occasional reggae off-beat. They didn't wear the bondage and Oxfam jacket regulation outfits. And they had a sharp, if at times brutal, sense of humour. The Commissariat didn't take to them much at all. However their engaging personalities and jolly japes endeared them to their fellow punk rockers. They were great fun (mostly) and live were monstrously good, attracting a loyal and enthusiastic following that endures to this day.
So anyway, they had broken up and reformed under the managerial eye of Rick Rogers, then the Chiswick Press Officer. After some tentative shows as the Doomed, with Lemmy on bass, they reverted to the Damned and issued the Dodgy Demo. As it name implies this was a demo cut of Love Song and it came out as a white label 45 pressing with a sticker over the hole in the middle as the label copy. They were playing the Lyceum one night and it was heaving. The Chiswick directors were all there, including Trevor Churchill for whom the term punk rocker was as inappropriate as it could possibly be. However he did see a couple of thousand people who would buy a Damned record, so it seemed reasonable that we sign them up. The rest is history or hysterics depending on where you were at the time.
Love Song charted and two Top of The Pops appearances ensued, but then Smash It Up was banned by the Beeb for fear of inciting revolution. I Just Can't Be Happy restored the balance a bit, and produced another TOTP appearance, but some momentum had been lost and so it was time to move on: but more of that next year.
For this silver anniversary edition of MGE I have added all of the single B-sides none of which were on the original LP. Also there are alternative versions of all three A-sides and finally the video clip for Plan 9, Channel 7. It is such a complete album that I didn't want to clutter it up with demos and out-takes. Maybe they'll appear elsewhere someday.