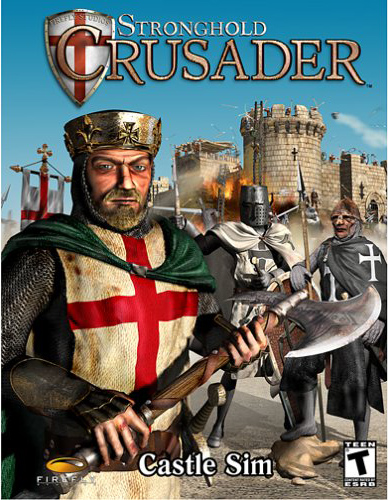 Stronghold Crusader II is a real-time strategy video game, developed by Firefly Studios, part of the Stronghold series. It was released on September 23, 2014. It is the sequel to their 2002 title Stronghold: Crusader.

The first gameplay demo was given to journalists at E3 2013 and the first gameplay trailer, showing pre-alpha footage, was released at Gamescom 2013. Both the demo and trailer showed off several new aspects that the game will introduce to the series.

The game is the first of the Crusader series to feature a 3D graphics engine, but will not retain all of the elements of the original 2D game while adding new features such as 'new units like the cruel Slave Driver, new beefed up AI opponents, dynamic on-map events like the Locust Swarm',[2] as well as 'new visuals, a new battle interface, and engine enhancements including effects, animations, and real-time physics.'[3] A brand new feature to the series is co-op multiplayer, in which 2 players take control of a single castle to share units and resources while fighting against common enemies.[4] Crusader II will feature both a Crusader and Arabic historical single player campaign at launch.[5] The game will mainly be based around skirmish gameplay, similar to the original Stronghold Crusader title.[6] This will include, as with the original Stronghold Crusader, skirmish trails; in which players need to fight through linked skirmish maps with different set-ups in a particular order.[7] The game is expected to be based more on warfare with little but substantial government. 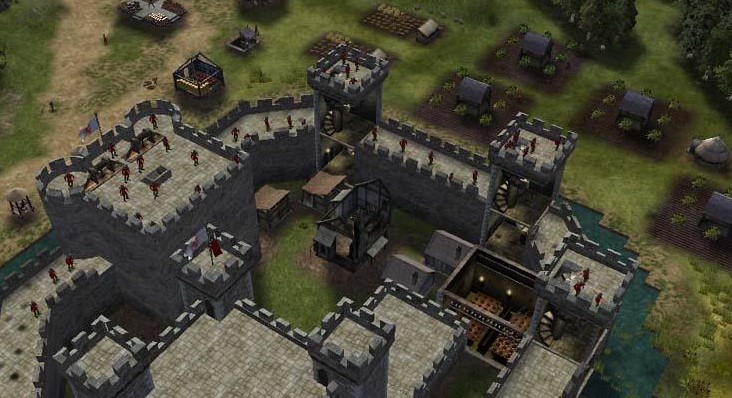 The game received mixed to positive reviews on release, as of 29 November 2014 garnering an aggregated score of 66% on Metacritic, based on 28 critics' reviews. It has been praised for striking a good balance between the economic and military aspects of the game and staying true to the series and its strategy roots. Conversely, some critics labelled the latter as 'nostalgia' and felt it lacking in some areas, in comparison to contemporary strategy titles.[14]

In Stronghold: Legends, medieval lore comes alive with available heroes such as King Arthur, Count Vlad Dracul, and Dietrich von Hildebrand of Germany. Create terrain with three landscape types that can be used together in a single map, develop a blossoming city filled with gardens or heads on spikes, then defend your city from attackers waiting to loot and pillage your metropolis. There are 24 missions across three campaigns, for play as one of three selectable races. There are 31 unit types available, along with a cornucopia of siege equipment and castle traps such as Werewolf Launchers, Infernal Balls, Stake Hurlers, Dragon Harpoons, and Magic Gardens. A multiplayer option for up to four players is also available.

You can make the argument that the Stronghold series peaked with its first release back in October of 2001. The idea was new, the setting was familiar and easy to get into, and it reminded gamers of classic medieval building games such as Castles. Through the Stronghold Crusader sequel and the terribly buggy Stronghold 2, the series never quite took things to the next level. Now we have attempt number four: Stronghold Legends, a rather bland real-time strategy game that shifts the focus away from 'realistic' medieval castle building and purely historical units to a full-blown fantasy theme with Merlin, dragons, and huge, castle-destroying giants.

Stronghold Legends is a weird game in that it focuses purely on what the Stronghold series never quite got right: combat. It's a very odd design decision -- not that focusing on medieval combat with fantasy units is a bad idea by itself, but the fact that the developers failed to improve the combat is a bit baffling. Groups still huddle so close to each other that they appear to stand on top of one another, forming great big globs of indistinguishable units, and the AI is so brain dead that you need to constantly babysit your units. In today's real-time strategy climate, it's flat out inexcusable to force a player to manually tell a knight to attack a unit that is literally standing next to him shooting arrows at helpless villagers.

The AI (or lack thereof) really shows its face in the game's three scripted campaigns, which place you in the role of King Arthur, Vlad the Impaler, and Siegfried. The missions are all preset with defined victory conditions, which is fine, but the missions play out more as puzzles rather than forcing you to use any real strategy. And the AI behaves in what is clearly a predetermined way. For example, early in the King Arthur campaign a group of men-at-arms crosses a heavily defended bridge, taking out all of the defenders but losing every man in the process -- all but one: Merlin the Magician. Merlin proceeds to cross the bridge and pelt Saxon infantry with his lightning bolt attack. The four Saxons, who were patrolling a small predefined area, take the lightning on the chin, and one by one die a slow and painful death. Way to go, Merlin.

Adding to the frustration, there are several balancing issues that need to be resolved. Dragons, for example, are amazingly expensive and can bankrupt a fledging empire, and yet these fearsome beasts are felled by a dozen archers shooting pesky arrows at them. It's a tricky thing to resolve, though; on the one hand, you don't want one unit to have the ability to run roughshod over an entire empire, but on the other hand, you should get more bang for your buck with such a powerful unit.

On the plus side, the fantasy units are pretty cool, and not all of them are retreads of every fantasy cliché. Yes, you have access to the usual suspects like dragons and demons, but you also get the legendary Knights of the Round Table, Frost Giants, Vampiric Creepers (which can climb castle walls and are immune to archer fire), and kamikaze Giant Demonic Bats that blow up castle walls on impact.

Building castles and managing your peasants is still the backbone of the game because you need to keep your economy running in order to field available guard posts, falconers, jousting arenas, etc. Things have been simplified, apparently in order to allow you to focus more on fighting, which again, has never been the strong suit of the series.

The visuals are pretty much ripped right out of Stronghold 2. Of course there are new buildings that create some of the fantasy units, but everything else is more or less just like it was in last year's game. In other words, the graphics are not going to blow you away.

Multiplayer, via online or LAN, is actually the best way to enjoy Stronghold Legends as it removes the weird AI and prevents the game from being a total loss. The only downside is that there are no maps that support more than four players, which is something new to the series, as earlier games allowed more players to slug it out. Still, even though multiplayer is certainly more fun than the single-player missions or skirmishes, there are better options for real-time fans out there unless you simply are starving for some castle construction.

The general idea behind Stronghold Legends is a good one. There's nothing inherently wrong with taking a castle-building sim and tossing in fantasy units as a change of pace from earlier games in the series. But if you are going to make combat the central focus of a game, that combat better be, at the bare minimum, on par with other real-time strategy games, and Legends fails miserably in that regard. It's clearly time for both 2K Games and Firefly Studios to take a long, hard look at this series. If they want it to compete with the A-List games currently on the market, a new graphics engine combined with a total reworking of the combat mechanics need to be considered before we see another game in the Stronghold line.