As VR videos are shot by specific cameras, the original material needs to be stitched to be one playable VR video.

Today, we are going to teach you how to stitch videos starting from Samsung Gear 360. Here is an example of what the video looks like in dual-fisheye mode, right after you shot it.

Here's a quick review and then workflow video that explains how to stitch, edit and upload your Samsung Gear 360 videos, using your computer - not a Samsung.

In order to edit it, you will need to download (or use the camera-attached CD) and install the editing software that exclusively designed for Gear 360 – Gear 360 ActionDirector.

First of all, take your Gear 360 memory card out, connect it to your computer with a card reader and export the video you just took.

Then open up the software Gear 360 ActionDirector. It only supports Windows system for now, so Mac users, you might have to wait a little bit longer.

Click the “File” button in the top left corner and then click “Import” in the drop-down menu to import the videos you want to stitch into the software.

Click the “Play” button in the lower left corner then you can preview the video in a small window.

Then click the “Open” button to import the selected videos. 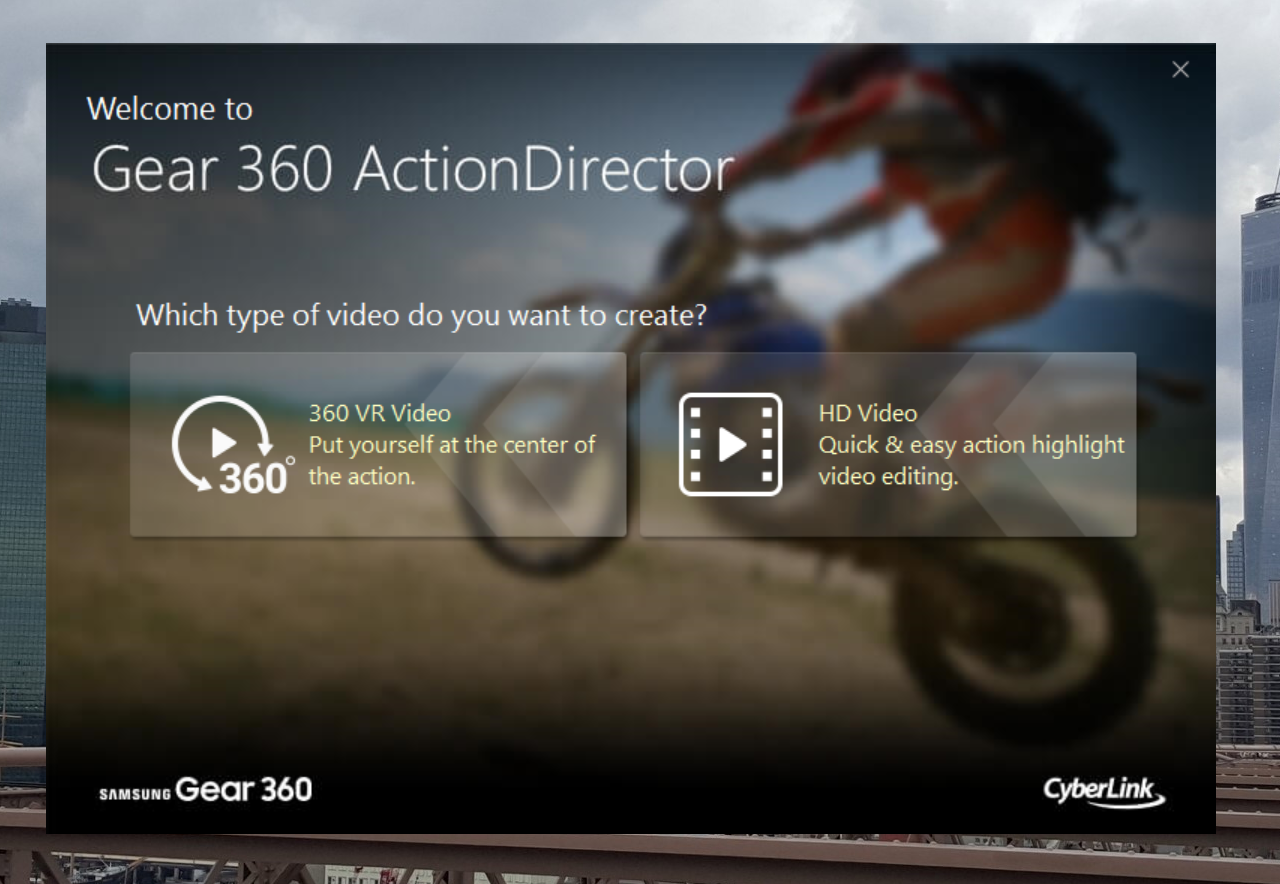 The video that you just imported will appear in the “Media” interface on the left sidebar. Click on the video and drag it into the timeline below and click the blue “Produce” button in the bottom right corner to enter the production interface.

You will see the production interface on the left hand side, and the file format is defaulted to be mp4 of encoding H.264.

After selecting “Output Folder” (where the export file is located. It is recommended that you put them on the Desktop). Click the blue “Start” button to start stitching.

You can check the box “Enable the preview during production” to monitor the stitching process.

Congratulations! You are a real VR video creator now! Besides, VeeR VR has recently launched a new app — VeeR Editor to help people make 360 VR videos easily, you can also use its slideshow function to turn 360 photos into VR videos!