BlueStacks App Player is the most awaited windows application, that allows windows users to run Android applications on their PC. Named as the Best Software at CES 2012, Bluestacks App Player for Windows beta-1 (version 0.7.0.725) is available for download.

Now you can Play your favorite Android apps/ games in full-screen and fast on your PC or tablet.You can download apps like Angry Birds Space, Temple Run, Evernote or Documents to Go directly into BlueStacks, or sync the apps from your phone using the BlueStacks Cloud Connect Android app.

With 56-percent of smart phone consumers purchasing an Android device, it’s apparent that Android is rapidly becoming a preferred operating system. The BlueStacks App Player now gives users one-click access to their favorite Android apps right on their Windows PC. Both Windows and Android users will benefit greatly from this capability. For application developers in the Android ecosystem, the BlueStacks App Player opens up a market of over a billion PC users. BlueStacks does not need any additional work on the part of developers and the apps run unmodified on the Windows PC.

BlueStacks helps PC manufacturers to ride the Android momentum by enabling Android apps on x86-based tablets, netbooks, notebooks, convertibles and AiO Windows PCs. With the new hybrid convertible form factors, BlueStacks completely eliminates the need to carry two devices. Users benefits from getting both Android and Windows at the price of a single PC.

BlueStacks integrates seamlessly with Citrix and Microsoft software delivery infrastructure and with Citrix’s Enterprise App Store. With BlueStacks, enterprise IT can deliver Android apps securely and effortlessly to any end point running Windows. The seamless user experience, simultaneous use of Android and Windows apps, and multi-touch era.

Getjar,1Mobile and Amazon appstores are integrarted to allow users to download apps right from their PC.
4.Sync Apps Smoothly form your Androud phone to PC :
Bluestack cloud connect App available in Google play store, now allows the syncing of apps much siimpler
5.New Settings :
Change the size of the app, uninstall apps easily and more
6.Accelerometer support :
Try “accelerometer” in apps like racing Moto.No need to tilt your computer.
7.Popular Download section :
Now suggestion oflatest popular apps is available for you to download with one click.

8.Localization :
Now users ou can use Bluestacks in their own language.

Also recently, BlueStacks announced a public alpha version of their Android App Player for the Mac , which is available for free on the their website, gives Android users the ability to run their favorite apps on a Mac.

The company officially launched on 20ll Citrix Synergy conference in San Francisco on 25 May. CEO Mark Templetondemonstrated BlueStacks Citrix announced that the companies have partnered on the initial stage version. October 11 public alpha version of the app player, was launched at the 2011th
App Player for Windows and Mac software is a part of the completion of the download, Android experience virtualizes. Option to purchase a premium membership to download the software and then present users with free-to-use and install apps or sponsored $ 2 / month are also found. Please refer to download or before it is installed. According to company sources, the player application can be run 96% of the more than 14 million applications in the Google Play Store. It reached 85 million downloads marks in April 2014.
June 27, 2012, the company has an alpha of its app player software for Mac OS Version 1 was released. 27 December beta version, 2012, the application player, while the Mac OS version available was not released to download on your website that has been removed in the official figures as of April 2015. In 2014 BlueStacks, an Inc. has released a new version is advertised developed app player for Mac OS. In July 2015 BlueStacks Inc has released a new version of the Mac OS. 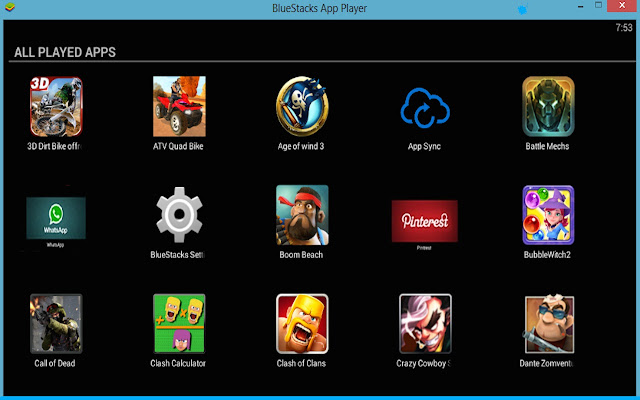 GamePop in 2013 was launched on 9 May of life, use a subscription model. Users pay for your subscription to the game will receive $ 250 worth. It allows users to play like on many 500 mobile games on television. On 23 July 2014, investment support for Samsung GamePop made public. It brought $ 26 million for investment in BlueStacks. BlueStacks get incentives to improve its application with the players, sitting together GamePop Inc. 2015 damage developing plans to improve the product at a later date. 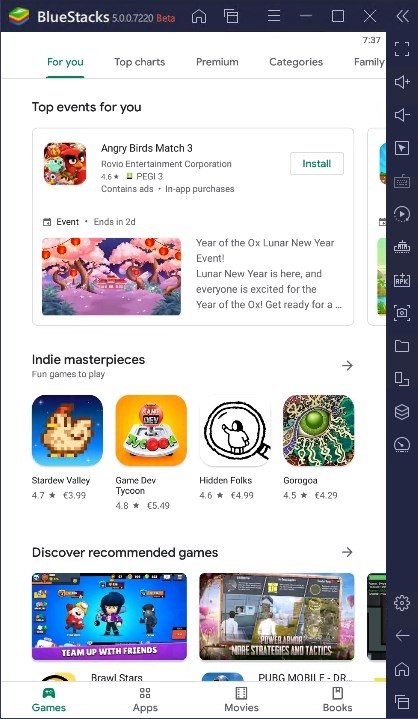 Up to date video driver from chipset vendors Microsoft

Note: The program requires an Internet connection for the first implementation.

Are you not sufficiently entertained and amused by BlueStacks Pro 4.220.0.1109 Rooted + Modded + Offline Windows 2021? Then maybe the time has come to try following other Apps on the web who specialize in creating content which is a bit monotonous but capable of getting looks from all and Diverse. We're talking about an app like Assistive Touch for Android VIP 2.0 Apk for Android,Turbo Booster PRO 3.4.5 Apk for Android,Smart Android Assistant 2.6 Apk for Android,Cheat Droid PRO 2.3.3 Apk for Android,QR Bar Reader Pro 1.1 Apk for Android, .

Many times we don't have access to play store or there are some apps which are not available in play store hence all those apps are made available here. So If you want to download any kinds of Free or MOD Apk you can access our site where almost all free Apk is available.