The National Emergency Medical Services Association (NEMSA) was founded in 2004 when dissatisfaction with union representation led to the creation of an all-EMS union.[1][2] NEMSA's founding has always been a source of controversy, as founder Torren Colcord was found guilty in Alameda County (CA) Superior Court of fraud, using Service Employee International resources and company time to create and form NEMSA.[3] 'It's a substantial judgment for substantial wrongdoing,' said Dan Martin, administrative vice president for SEIU-United Healthcare Workers West. 'They were on payroll, supposed to be looking out for members, and they did just the opposite. It's an example of what happens when people put their own personal ambitions above the interests of the union.'[3]

SEIU was awarded a $442,000 judgement against Colcord,[3] and later Colcord retained the guilty verdict but had the award reduced $300,000 on appeal. NEMSA members later paid for that judgement, plus attorney fees for the appeals case.[4][5]

Beginning in 2007, under the leadership of President Torren Colcord,[7] NEMSA began to see dramatic changes in membership.[7] In 2007, after difficult contract negotiations in Portland, Oregon, NEMSA disclaimed the Portland, Oregon bargaining unit, walking away from representing approximately 500 EMS workers there instead of having their recently negotiated contract rejected.[7]

In 2011, NEMSA under the leadership of Colcord lost 140 members in Solano County CA in favor of United EMS Workers-AFSCME Local 4911[11]

In 2012, NEMSA under the leadership of Colcord lost 260 members in Santa Clara County CA in favor of United EMS Workers-AFSCME Local 4911[12]

NEMSA under the leadership of Colcord lost another 2000 members in Northern California in 2012 when those members opted to leave NEMSA in favor of United EMS Workers-AFSCME Local 4911 after a coast to coast victory.[13]

NEMSA under the leadership of Colcord lost another 140 members in Northern California at First Responder EMS Inc of Sacramento in favor of United EMS Workers-AFSCME Local 4911.

NEMSA under the leadership of Colcord lost another 75 members in Northern California at American Medical Response in favor of IAFF.

NEMSA under the leadership of Colcord lost another 350 members in New Haven CT at American Medical Response in favor of IAEP.

NEMSA lost another 500 members to NAGE in San Diego CA at Rural Metro.[14]

In 2010, a dispute over Torren Colcord's leadership of NEMSA led to a long running dispute over who controlled NEMSA. In the 2010 a union officer election was held. NEMSA refused to recognize the validity of one candidate and did not allow the candidate to run for office. That candidate, Jimmy Gambone then ran a national write in ballot campaign. According to the Department of Labor, Gambone was eligible to run for office and should have been placed on the ballot. Gambone was the winner of the election by a large majority of write in votes, Larry Lucus had the second highest and Torren Colcord had the least. According to the Department of Labor,[16] NEMSA violated federal law in refusing to seat the winning candidate. NEMSA instead seated another candidate for President, who promptly resigned. Torren Colcord, NEMSA's outgoing President, still refusing to relinquish any power, was named Executive Director and remained in control of NEMSA. New bylaws were secretly drafted after the election to allow for the Executive Director Position to be created.[17] The DOL investigation and resolution to the complaint took nearly two years.

During the time period the complaint was investigated by the Department of Labor, Gambone and his supporters, broke in to the NEMSA offices bringing with them mattresses, boxes of food, cameras to record live with no means to shower for the week they burglarized the office. The local police were called but the burglary was given a thumbs up from the local sheriffs department. Files stolen from the burglars included NEMSA employees private financials including bank routing numbers, SSN’s, home addresses and phone numbers. Gambone and his ilk made phone calls to the employees threatening their lives, finances and employment. The employees in turn had to contact their local police departments, lifelock and feared for their families safety.[18][19] and left the NEMSA offices with computers, files, and information.[20] Gambone and his supporters then seized power, naming themselves the NEMSA Board of Directors and unilaterally unseating the existing NEMSA Board of Directors.[21] Gambone and his agents then began conducting business as NEMSA while the NEMSA Board of Directors Gambone had unseated also continued conducting business as NEMSA. According to NEMSA, Gambone supporters attempted to intercept dues checks, write checks on NEMSA's bank accounts, and do business as NEMSA during this time[22]

Gambone and his supporters went on to continue working for a rival union, United EMS Workers or UEMSW where he was later deemed unfit and fired.

NEMSA hired the law firm of Goyette and Associates. In legal documents filed in Sacramento Superior Court, Paul Goyette alleges he was hired as corporate counsel to NEMSA in May 2010 at hourly rates from $225 to $250 an hour. The arrangement changed in April 2011 to a fixed monthly fee of $45,000 for legal and labor representation, plus an hourly fee of $250 for political and criminal defense work. The deal included acknowledgment that $146, 872 was due from the first agreement, but the law firm agreed not to take action to collect the money unless NEMSA altered or terminated the new agreement before March 2014. If that happened, court documents allege, the money was immediately due — plus $600,000 in liquidated damages. The money wasn’t paid and the relationship was severed by NEMSA in May 2012. In court documents filed in July, Goyette seeks to collect the more than $825,000 he says is owed.[24]

NEMSA affiliated with NAGE (National Association of Government Employees) in 2012. The affiliation did not protect NEMSA from losing the Northern California Bargaining Unit. NAGE has since severed the affiliation and filed suit against NEMSA for breach of several contracts, claiming NEMSA did not pay NAGE more than $281,000 owed to NAGE as part of those contracts. The suit also alleges that Torren Colcord breached an employment contract with NAGE. In the suit, NAGE alleges 'Shortly after NEMSA’s affiliation with NAGE commenced, NAGE discovered that NEMSA’s financial health was not what it was represented to be during the course of NEMSA’s negotiations with NAGE, and, consequently, NEMSA did not have the financial wherewithal to meet its dues obligations to NAGE. In an effort to salvage the relationship, NAGE initially agreed to rebate to NEMSA some of the dues owed to NAGE under the Affiliation Agreement to NEMSA. In all, NAGE rebated approximately $56,000 to NEMSA. NAGE also paid NEMSA an additional $15,000 in rent pursuant to the Servicing Agreement. NAGE also performed all of the obligations and services called for under the Affiliation and Servicing Agreements prior to the termination of those agreements. Nonetheless, despite financial assistance from NAGE, and despite that NAGE has met its obligations to NEMSA under the Affiliation and Servicing Agreements, NEMSA failed to meet its financial obligations to NAGE. Of the approximately $456,000 total owed by NEMSA to NAGE pursuant to the Affiliation and Servicing Agreements, NEMSA paid NAGE only approximately $175,000 and currently owes NAGE approximately $281,000.[25] 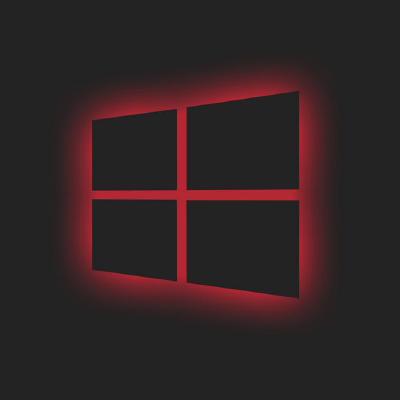 NEMSA claims it does not advocate or recommend specific political candidates or parties, nor does it participate in politics.[26]

EMS workers in Portland, Oregon are critical of NEMSA because NEMSA disclaimed their bargaining unit when NEMSA could not negotiate an acceptable contract for their workforce. NEMSA walked away from approximately 500 members, leaving them unrepresented. 'Everybody was upset,' Charlie Savoie said. 'A faction figured maybe we'd been had, and began collecting petitions to file for new representation by the Teamsters.'[27]

EMS workers in Northern California and New England are critical of NEMSA because of a two year union leadership dispute. Leaders of this anti-NEMSA movement called themselves 'the Transition Team' and are quoted on an anti-NEMSA website as saying 'NEMSA - NEMSA is corrupt & undemocratic.. It is run more like a despotic personal business' [29] and issued a 35-page preliminary report of the problems they found with NEMSA and NEMSA's Executive Director Torren Colcord.[30] Later this Transition Team would abandon NEMSA and create a new union, as a local affiliate of AFSCME called United EMS Workers Local 4911[31]

Former NEMSA employees have also been critical of NEMSA. Former NEMSA Employee Jim Misercola wrote a letter describing why he no longer works for NEMSA in which he states 'My resignation is due to the extreme philosophical and ideological differences with NEMSA. NEMSA is no longer the organization that I once tirelessly promoted. Furthermore it is my opinion that NEMSA is badly mismanaged by its current President Torren Colcord'.[32] Former Co-Founder Tim Bonifay also stated in a letter 'I helped create NEMSA because I believed in what the organization could achieve. But the NEMSA out campaigning today is not the one that I co-founded, and I would be ashamed to be a part of that organization today.[33]'

NEMSA members, as reported by EMS Insider have been critical of NEMSA due to NEMSA not providing Board of Directors meeting minutes and/or financial information about NEMSA upon request, in addition to getting poor representation. Many cases that should have made it to arbitration never did.[34]

BioMedical Life Systems EMS® 2000 Neuromuscular Simulator is a Two Channel analog device with Three Modes of operation; Cycled, Constant, and Reciprocal. The device has adjustable On Ramp 0-2s, On Time 0-60s, Off Time 0-60s, and Pulse Rate 1-80Hz. The unit is powered by one 9-volt battery.

Output parameters are across a 500 ohm resistance.